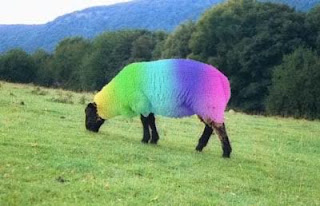 French artist Paul Cézanne once said, “We live in a rainbow of chaos.” German scholar Friedrich Nietzsche agreed: “You must have chaos within you to give birth to a dancing star.” If they’re right, I'm well on my way to creative bliss.

One look at the disaster that passes for my office would tell anyone that I've plunged into a new story. Photos of woodland fungi sit atop books about mythology, pirates, and stage lighting. Magazines depicting luxury real estate hide beneath piles of recipes for Monday night writers’ group supper. Homework for Tuesday night writing class litters shelves usually reserved for statues and knickknacks. Dust has invaded said shelves, statues and knickknacks, and beside my printer is a stack of bills I paid days ago but haven’t filed.

This is good. The best artists in my grammar school classes always had the messiest paintboxes. My “paintbox” is messy with books, most of which I obtained during my recent visit to Ireland. I bought so many, the check-in people at Dublin Airport put a “Heavy” tag on my suitcase. 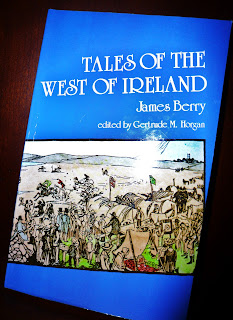 I’ve almost finished reading them and am particularly enjoying a jewel called “Tales of the West of Ireland.” This collection of vignettes, written by County Mayo native James Berry (1842-1914), has it all: murder and smuggling, rebellion and famine, love and betrayal, all drawn from the oral tradition of the people of Mayo and Galway. Berry's stories first appeared in a local newspaper in the 19th century. In the mid 1960s, the late Gertrude Horgan unearthed and published this work in a well-organized and entertaining anthology.

The book begins with an unusual means of winning a local election: kidnap the opposing voters and lock them up overnight with a supply of good whiskey to keep them happy. The whiskey flowed, and the detainees turned their chaotic abduction into a creative evening of storytelling.

I won’t name the book I read right before that. I’ll only say that it, too, is an anthology, newly published and riddled with typographical errors, misinformation, and annoying author intrusion.

Not so the older fella. James Berry’s writing style might be out of vogue, but his stories are charming snapshots of life in a rural Ireland of yore. I get the sense that the storytellers of Berry’s day were not only well-trained in their craft, but also more interested in relaying a story purely for the story's sake rather than in taking personal credit for doing the job. And the language! I’ll be “borrowing” a phrase or two, as this fine old book has “put the come-hither" on me for sure.