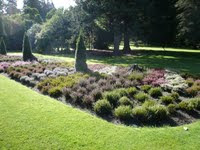 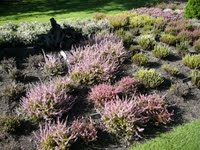 five-hour time change between New Hampshire and the British Isles. For the better part of three days, we enjoyed our favorite restaurants and bookstores and revisited familiar spots. We also paid our first visit to Ireland’s National Botanic Gardens, established in 1795. We found this gorgeous urban retreat filled with flowers and plants from all over the world and set in a wide variety of themed garden 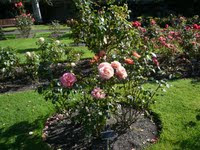 s. Desert and tropical rainforest flora thrived in an array of greenhouses that are an adventure all their own. From the formal rose garden to the more casual 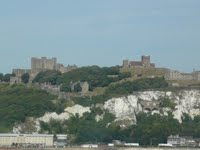 marsh and woodland plantings, this Dublin paradise and its ponds were not only a joy to explore, but free of charge.

After a few sunny days in Ireland’s tourist-packed capital, we hopped an early morning shuttle to Heathrow Airport. Two Crystal Cruise reps brought us to a minivan, and we were quickly on our way to Dover with three other shipmates. When we arrived, the sight of those famous white cliffs 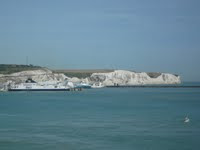 astounded us. So beautiful, and Dover Castle atop them made it easy to visualize the area as it must have looked centuries ago, without all the modern commercialization.

The Crystal Symphony awaited us at the dock. After we completed the 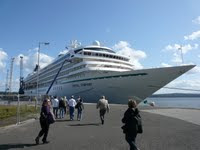 boarding process, a staff member escorted us to a lounge on Deck Eleven (Symphony has twelve in all). He apologized that our rooms weren’t ready. Not a problem. Several glasses of complimentary French champagne, a spectacular view of those white cliffs, and the realization that we’d traveled from Dover, New Hampshire to Dover, England in a few short days kept us very merry indeed. 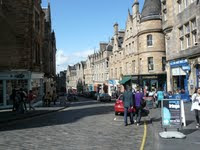 Wobbling to our stateroom several glasses of champagne later, we met my aunt and uncle, the perpetrators of the whole cruise idea, bless them. We settled into our well-appointed rooms and went to the main dining room to sample the first of many outstanding dinners. Soon we were underway, sailing the North Sea through the night and all the next day, passing England’s eastern shores on our way to southeast Scotland. Our day at sea gave us a chance to explore the ship: The library, the movie and Broadway style theaters, shops, a gymnasium, a tennis court, specialty restaurants, even a casino. At last, 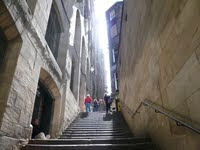 Symphony berthed in Rosyth on the Firth of Forth. After a fortifying breakfast, we boarded a shuttle bus for the forty minute ride into the City of Edinburgh, the capital of Scotland. 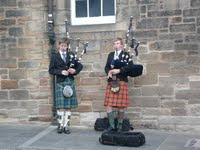 Knowing our time was limited—we would only have two days in Edinburgh, hardly enough—we saw what little we could of a splendid medieval city oozing with history. We scurried to find the Royal Mile and found the traffic-free thoroughfare jammed with buskers and street musicians: The Edinburgh Festival was underway.
Omnipresent pipers in traditional dress filled the air with music distinctly Scottish.
An official guide stationed on a busy corner pointed us toward Edinburgh Castle. We climbed to the top of the steep cobblest 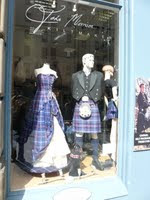 one street packed with kilts and cashmere shops. 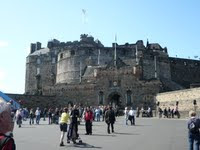 When we reached the castle, we found stadium style stands set up on its esplanade. This was where we’d attend the Edinburgh Military Tattoo.
Opting to return the next day to see more of the castle and Holyrood Palace, along with as much as the Hop On/Hop Off tour bus allowed, we enjoyed lunch in a whisky (no "e" in Scottish whiskey) museum. Edinburgh had captured us. We decided we’d visit again one day on our own. We’d wander through the New and Old Towns, explore the underground vaults, and take our time visiting museums, shops, and the zoo. With that pleasant thought in mind, we took the shuttle back to the ship to prepare for the Tattoo.
Posted by Pat McDermott at 12:41 PM