Frequent rain showers keep things green in the Pacific Northwest. No worries. We’ve visited Ireland too often to let weather interfere with a trip. Along with our rain gear, we packed sunscreen and visored hats (my husband's Red Sox baseball cap generated some interesting conversations with Vancouver hockey fans). For our first stop, we were glad we did.

We spent our first full day on the Crystal Symphony at sea, a relaxing cruise that ended in the lavish Captain’s Welcome Dinner. The next morning, we docked at Vancouver Island’s Ogden Point Pier in Victoria, the capital of Vancouver, British Columbia.

Captain James Cook discovered the island in the late 1700's. The British traders who settled there named the sparsely settled island after Queen Victoria. In 1858, the gold rush brought a population boom. Victoria, now a popular destination for tourists, is nicknamed the "City of Gardens," and with good reason. 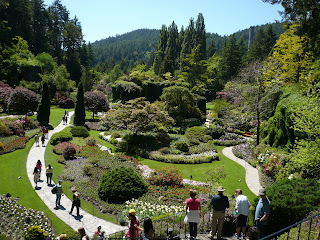 Delighted to have a sunny day, we visited the renowned Butchart Gardens. Our tour began with high tea in the house that cement mogul Robert Butchart built around the turn of the twentieth century for Jennie, his dynamic bride. When Robert’s cement business tapped out the property’s limestone quarry, Jennie transformed the place into a spectacular sunken garden. The Butchart family still supervises the estate and have added hundreds of exotic plantings over the years. Now a 55-acre paradise, it includes Japanese, Italian, and Rose gardens. Our June 4th visit was too early for the roses, but the rhododendrons were in full bloom and surrounded us with rainbows of color. 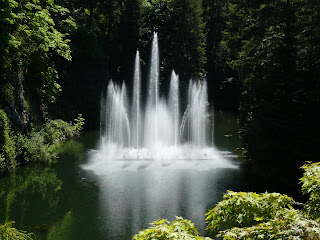 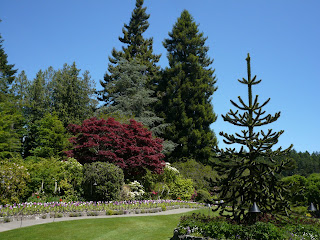 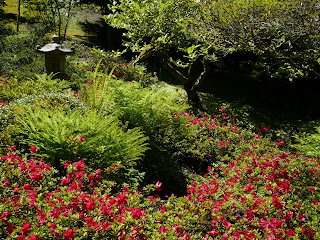 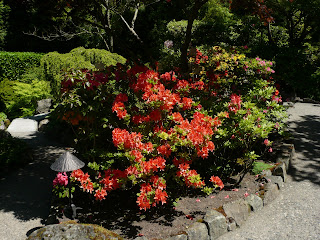 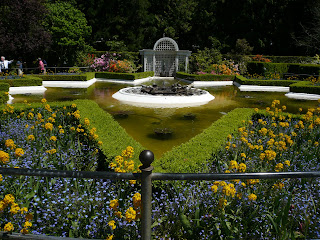 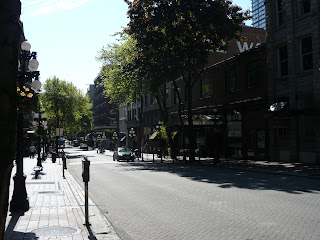 We sailed off that evening and docked the next day in Vancouver City. Sunshine graced us again as we headed to the waterfront for a stroll through the historic Gastown district, Vancouver's first downtown section. Gastown was named after steamboat captain and saloon keeper "Gassy" Jack Deighton, who arrived in 1867 and opened the area's first saloon. His rough, tough customers hailed from the ranks of loggers, sailors, trappers, and fishermen.
Gastown’s most famous landmark, the Gastown Steam Clock, covers a steam grate that is part of Vancouver's steam-heat system. The clock not only works by harnessing the steam beneath it, it prevents vagrants from sleeping on the spot in cold weather. 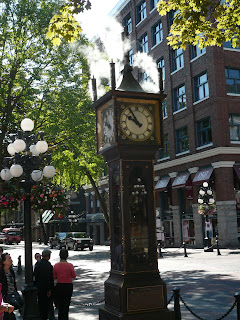 The sun still shone when we returned to the ship, and we relaxed in the top deck’s open air hot tub. Vancouver surrounded us, as did other cruise ships. Seaplanes, a common sight in the area, buzzed in and out of the water.

The Crystal Symphony spent another day at sea on her way to Alaska, and the crew had plans to keep us busy.
Posted by Pat McDermott at 11:03 AM