Fiery Roses: A Visit to Rossport in North Mayo 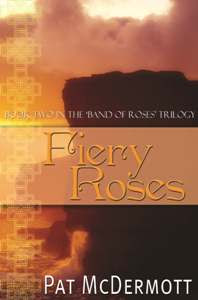 Fiery Roses didn’t start as a sequel. Having brought A Band of Roses to a happily-ever-after conclusion several years ago, I envisioned my second book as something different, a story based on the horrors of raging, out of control flames.
I started researching arsonists (a very young firebug started the fire in my family’s home) and brought a preliminary character sketch of a fire-setting villain to my writing class. Meanwhile, I was monitoring the Irish news online, vicariously living in Ireland, the country with which I’d fallen hopelessly in love during my first visit in 2004. I noted rumblings concerning plans to harvest the natural gas discovered in the Corrib Gas Field, a section of the sea fifty miles off the northwest coast of County Mayo, in October 1996.

The arsonist I'd created began to merge with the characters in A Band of Roses. With my imaginary Irish royal family still fresh in my mind, I couldn't help wondering how the indomitable descendants of High King Brian Boru would deal with the political tangle the Corrib gas find had become.

The main problem seemed to stem from the objection of certain Mayo residents to the planned installation of pipelines that would run raw gas from sea to land and across unstable bogs. These people also objected, and still do, to the construction of a refinery to treat the gas ashore rather than at sea. Both sides of the argument have voiced concerns far too complex for the scope of this blog. (For anyone interested in learning more, Shell to Sea has posted a timeline of events on their website, and a history of the Corrib project is available on the website of Ireland's Petroleum Affairs Division.)

My husband and I had planned a trip to Ireland in the summer of 2005, and we decided to visit County Mayo. We spent a week in Cork and continued north (by bus - we weren’t brave enough to drive on the opposite side of the road back then). Late on Sunday afternoon, June 26, we checked into our hotel in the lovely west Mayo town of Westport, three-time winner of Ireland’s Tidy Town award.

The Corrib protests appeared to be centered in Rossport, a remote village on the north Mayo coast. The hotel receptionist said we could reach it by bus, "but you can’t get back the same day." Disappointed but undaunted, we hired a driver named Simon and headed for the bogs.


Early on the morning of Tuesday, June 29, Simon drove us north through the village of Newport, then west through Mulranny. Soon after passing the old hotel overlooking Mulranny Bay, we turned north again. We entered some exquisitely scenic country, the ocean to our left, the Nephin Mountains to our right.

Just past Castlehill, we reached the bogs, which resembled rolling meadows

at first glance. Gullies interspersed the expanses of green scraw, the layer of fibrous sod that covered the peat, or turf, as it’s called in Ireland. Cows, sheep, and flocks of blackbirds roamed everywhere, the sheep's wool marked with different colors to show who owned them. Rows of shrubbery divided the bumpy land into square patches. Masses of white bog cotton and yellow buttercups painted the scraw. New homes and crumbling old cottages dotted the landscape. We passed tree farms and quarries and soon saw black squares of turf set in rows to dry. Some of the dark blocks stood in tepee-shaped stooks to let the air flow through and dry them.

Black swaths throughout the bogs marked the sections from which turf had been cut over the years, by hand with a tool called a slean, Simon told us, pronouncing the word shlane. The cuts were obvious, neat vertical banks that looked like tiny dark cliffs topped with the omnipresent scraw. In many places, water filled the bottoms of the cuts.

Simon parked so we could see the turf up close. We stepped over a low barbed wire fence. The ground was spongy, and in some places quite soaked. I lost my balance and tore my jeans on the barbed wire, not one of my most graceful moments.

On we went, continuing north, passing southbound trucks transporting goods from local businesses. Turf cutting machines plowed the bogs for a commercial company in Bangor Erris, where we also passed a limestone quarry. We took a break in Belmullet, a bustling market town situated on a narrow neck of land between Broadhaven Bay and Blacksod Bay. Ancient black cauldrons filled with colorful f

lowers sat along the sidewalks. Simon struck up a conversation with the ladies who ran the tea shop. They asked where we were going, and when he answered "Rossport," they

From Belmullet we drove east and soon saw a sign for the Corrib Gas Terminal. Men in hard hats were hard at work behind a chain link fence. Down the road, large sections of blue pipe awaited installation.

We turned north at Glenamoy. Sheep and cows wan

dered everywhere. At one point, we had to stop when a small herd of cows blocked the road. Simon eased through them like a pro.

Before we reached Rossport, we turned onto a road leading to another Shell construction site. Protesters sat in cars along the road. They had pitched a tent and set out hand-painted signs that said things like, "We are Irish citizens, not Shell subjects." We viewed the construction site—trucks, men, and small buildings surrounded by a chain link security fence—and turned around.

The tiny Gaeltacht village of Rossport ran down to the water, presenting a very pretty picture. There wasn't much to the place. A cottage housed the post office. We didn’t see a church, or even a pub. Scattered mountains surrounded the stark but lovely area.
Mission accomplished, we left Rossport behind, passing bogs and goat-infested ruins, traveling east until we reached the steep coastal cliffs overlooking the Atlantic Ocean. We drove by the Céide Fields archaeological site and through the towns of Ballycastle and Killala, at last stopping for a late pub lunch in Ballina. Simon found a bookstore for me, and I picked up two books about the local bogs.

The next morning, Wednesday, June 29, we learned that Royal Dutch Shell had sought and obtained a court order for the arrest of five Rossport area men who refused the company access to their land. The men, who became internationally known as the Rossport Five, spent ninety-four days in prison.

As I worked on Fiery Roses, an imaginary story with fictitious villains and heroes, I followed the Irish news online, waiting for some resolution to the increasing hostility in the Rossport area. Three years later, I finished writing the book after tidying up all the fanciful plot twists with the help of make-believe characters. I filled my tale with action, adventure, and romance, and achieved another happily-ever-after ending. Sadly, the real situation in north Mayo remains unresolved, and I am sorry for the trouble that has come to that quiet, spectacular land.

* * * * *
Fiery Roses is available in print and eBook from Amazon. Read excerpts here.
Posted by Pat McDermott at 9:37 PM