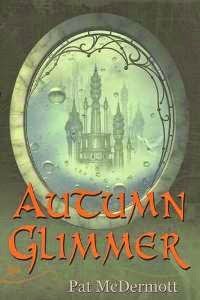 The fairies of Ireland star in my young adult adventure novels, Glancing Through the Glimmer, and its sequel, Autumn Glimmer. I couldn’t have written these books without learning more about the Good Folk and their ways, and my research has led to bursting bookshelves. Most of these volumes are my own acquisitions, though some are on loan from my aunts’ incredible library of Irish lore and history, books so old the pages are falling apart. Among my favorites are the authoritative A History of Irish Fairies by Carolyn White, and Meeting the Other Crowd, a fascinating collection of eyewitness accounts of “Them” from Irish oral tradition.

Autumn Glimmer features the Fairy Wind, a supernatural phenomenon known in Irish as the Sí-gaoith (Shee-gwee-ha). According to those who understand such things, the Fairy Wind usually signals the passage of a fairy troop. In its more sinister forms, the wind delivers a grave warning to mortals trespassing on or interfering with fairy property—and it inflicts dire vengeance upon those who foolishly ignore the warning. 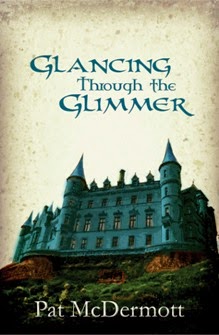 The Good Folk aren’t all bad, however. Sometimes the Fairy Wind serves as a gift to those who require assistance. A farmer struggling to harvest his hay might find it suddenly blown into a tidy pile, thank you very much.

Mortals have, of course, provided every account I’ve seen of the Sí-gaoith. In this brief excerpt from Autumn Glimmer, I offer the Good People’s take on the Fairy Wind. As “They” have clearly allowed me to do so, who knows? Perhaps this is how it really happens.


A breeze arose in Crooked Wood, a whistling gust that rapidly grew loud and powerful.

Blinn shouted over the racket, "Line up, boys. We’re going for a ride!"

Lewy scooted behind her; Mell took up the rear. Around them, fallen foliage whirled like tiny tornadoes, gaining in speed and number until they formed a wall of buzzing, spinning leaves.

"Whoa ho!" Mell cried as they rose in the air.

He grabbed Lewy’s waist, and Lewy grabbed Blinn’s. A sudden upward tilt forced them to sit on the firm bed of leaves. The wind took off, soaring like a magic carpet, whisking them up and over the treetops. Lewy whooped. Blinn shrieked with delight. Even Mell laughed.

Secure in Blinn’s glimmer, Lewy held tight to her willowy waist and gazed down at the water. The small oval lake glittered beneath the slanted rays of the rapidly tiring autumn sun. Shadows from the approaching storm clouds speckled the falls at the pond’s northern end.

Their bird’s-eye view revealed the remains of the crannog, submerged near the reedy eastern shore. Or was it submerged? From so high up, the ruins appeared to break through the pond’s glassy surface. An illusion, no doubt.

On the western shore, a small bog sloped from a knoll to the edge of the crystalline water. Boulders littered the southern shore, the passage by which the Daoine Linn accessed Crooked Wood every seven years. The woods glowed in the autumn light as if an invisible hand had slathered the treetops with honey and marmalade. Lewy’s mouth watered to think of such treats, but he had no time to admire the show: Blinn veered sharply east.

Thousands of years before, the mortals had cleared the land of the rubble the big ice had left behind. They built walls of stone, creating neat squares for pastures and farmland. The familiar squares still checkered the emerald landscape, and the road to the house unspooled through the patchwork. In the distance, the mist-wrapped Wicklow hills endured, standing like phantom sentinels, a bulwark between the sinister sea and the midland lakes the Daoine Linn called home.

The carpet of leaves abruptly dropped. A trapdoor opened in Lewy’s gut. He managed to keep from screaming, but Mell roared in horror.

"I knew it," Mell said. "You’re tired. Lewy, call up your glimmer and help her!"

Lewy scrunched his eyes and tried. Feathers of glimmer tickled him from his toes to his ears. He had to coax it, expand it fast, make it fill his chest and shoot to his fingertips, but he couldn’t remember how. Many wheels of time had spun since he’d last summoned glimmer.
The Fairy Wind bucked and plunged through the air.

Posted by Pat McDermott at 9:11 AM