New Release! A Pot of Glimmer 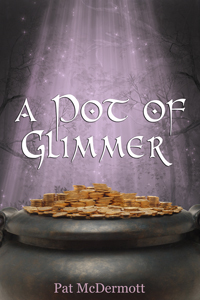 A Pot of Glimmer, Book Three in the Glimmer Series, is now available in both Print and eBook. As with the first two books in the series, Glancing Through the Glimmer and Autumn Glimmer, the story is set in Ireland and features Ireland's mischievous fairies. Adventure for Young Adults of All Ages!
* * * * *
A leprechaun’s feud with a Viking ghoul puts Janet and Liam in deadly danger…

Ireland, January 1014 - Fledgling leprechaun Awley O'Hay leads a raid on a Dublin mint. The mission: steal a shipment of coins to aid the High King, Brian Boru, in his war against the Vikings. Awley and his team plan the heist with commando precision, but they hit a glitch and only escape a bloodthirsty mob with the help of Hazel, the uncommon sister of one of the leprechauns. Yet the money master's vengeful ghost troubles Awley for centuries. So do Awley's forbidden feelings for Hazel.

Ireland, July 2015 - Janet Gleason has had her fill of fairies. They've not only plagued the American teen since she arrived in Dublin, they've also damaged her romance with her gallant friend, Prince Liam Boru. When Janet's grandfather, the U.S. Ambassador to Ireland, throws a Fourth of July celebration, Liam reluctantly attends with the rest of the royal family.

Also attending are several uninvited guests. A fairy witch named Becula arrives with Hazel, her clever and quirky protégée, to beg a favor of Janet. The unplanned appearance of Awley O'Hay and his leprechaun pals triggers a chilling visit from Awley's ancient enemy, now an undead monster hungry for human flesh.

Liam and Janet fall into a nightmare that tests their courage in ways they never imagined. Nor did they imagine that real leprechauns are nothing like the "little men" of Irish lore. 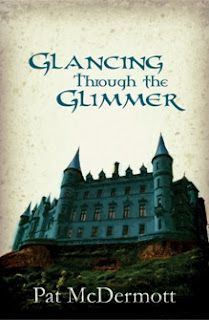 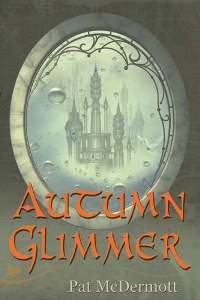 Posted by Pat McDermott at 8:17 AM