The Proverbs of Ireland 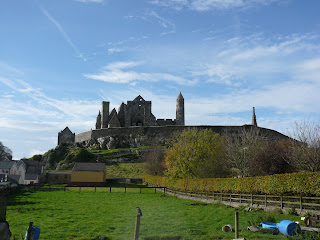 "Yuh sleep wid daag, yuh ketch him flea.” Most of us know this venerable Jamaican adage as “He who lies down with dogs rises with fleas.” Proverbs provide insight into human nature that transcend nationality, yet their individual versions offer a taste of a nation’s soul—and none are more delicious than the proverbs of Ireland.

Irish warnings against misbehaving abound, such as “The road to Heaven is well signposted, but it’s badly lit at night.” Sweet sayings for lovers include “He who stares into the middle of a fire does be heavily in love” and “Where there is love, it’s easy to halve the potato.”

And when the glow of love wears off? “A woman’s tongue is a thing that does not rust” is well met by “Men are like bagpipes—they make no sound until they're full.”

The Irish word for proverbs is seanfhocail (SHAN-uck-will), which literally means "old words.” I read through several volumes of these witty gems in my quest to make the characters in my alternate Irish history tales sound more Irish.

My Young Adult stories, Glancing Through the Glimmer and Autumn Glimmer, feature a few proverbs, but these wise old sayings really shine in my "Band of Roses" trilogy.  A Band of Roses, Fiery Roses, and Salty Roses are a rollicking blend of historical fantasy, romance, and suspense starring the indomitable Princess Talty Boru, her devoted champion Neil, and a lovable cast of dauntless heroes and devious villains. 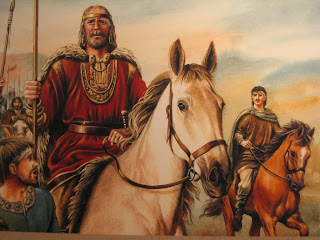 The trilogy supposes what Ireland would be like today if High King Brian Boru had survived the Battle of Clontarf in 1014 A.D. His descendant, modern day Princess Talty, wishes she were anyone but the heir to her father’s throne. An arranged marriage offers an escape from her royal duties, but she quickly learns to be careful what she wishes for.

To properly flavor the stories, I added a dollop of Dublin slang to the characters’ speech. A generous sprinkling of Irish proverbs added a complexity not only unique to the Emerald Isle, but also fun to read.


Honey is sweet, but don’t lick it from a thornbush.
Don’t show your teeth until you can bite.
Leave a little room for the fairies to dance.

One of Talty’s kinsmen describes her by saying, “A lion isn’t a fitting companion for all men,” and “It takes a woman to beat the devil.” The Boru family motto is “The Strong Hand Rules.” King Brian constantly reminds his family that “There is No Strength Without Unity,” but Talty learns the hard way that “Adversity is the Source of Strength.”

The climate, culture, and people of Ireland produced a wealth of these magical phrases. I barely tapped the proverbial well to enhance A Band of Roses. More than enough remained to enrich Fiery Roses and Salty Roses:


The new broom sweeps the house best, but the old broom knows where the dirt is.

Don’t be banging your shin on a stool that’s not in your way.
The finest shoe makes a sorry hat.
Hunger makes a good sauce.

and one of my favorites:

The world is quiet and the pig is in the sty.